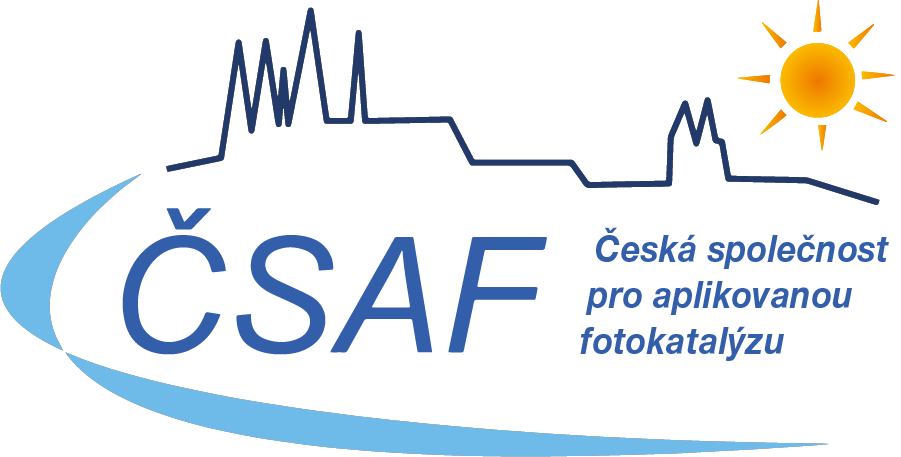 Photocatalysis on TiO2 surface represents a promising alternative technology for degradation of organic pollutants and inactivation of microorganisms.

Photocatalysis is a purely physical semiconductor effect depending on the band gap (difference between valence and conduction band) of the particular semiconductor. In the case of TiO2 based photocatalysts it is a substance unrelated effect that functions independently on chemical composition.

A photocatalyst is a material which absorbs light to bring it to higher energy level and provides such energy to a reacting substance to make a chemical reaction occur.  Photocatalyst function is based on the photogeneration of separated electrons and positive holes in semiconductor particles. These charge carriers either recombine inside the particle or move to its surface, where they can interact with adsorbed molecules.

Scientific Board of the Czech Association of Applied Photocatalysis

[6] Science of The Total Environment 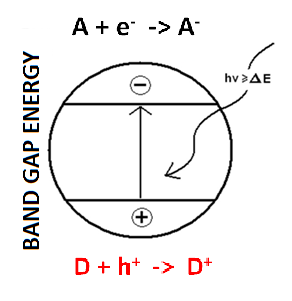 The foundations of semiconductor electrochemistry were laid by the works of Brattain and Garrett (1955) and Garrett and Brattain (1955), who introduced the use of Nernst-type potential expression involving the activity of electrons and holes. Additionally, the pioneering contributions of Gerischer (1969a, b, 1966) allowed linking the anodic or cathodic current at semiconductor electrodes with the availability of excess of holes in the valence band or excess of electrons in the conduction band, respectively. Gerischer introduced the concepts of minority charge carriers and density of states with the concomitant development of an extensive theory related to the physical and chemical processes that concur at the semiconductor–electrolyte interface (Gerischer, 1990, 1991, 1993, 1995; Memming, 2015; Sato, 1998; Morrison, 1980).